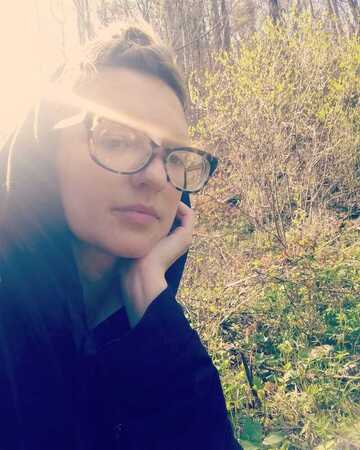 Sumaya is a mother, healer, author, teacher, traveler, and devoted student/practitioner of the healing arts. Her passion has transformed over the years into uplifting and promoting other healing arts practitioners, activists, and visionaries along their journey as a holistic business and marketing consultant.

She has dedicated her life to studying, practicing, teaching, and working in the field of the healing arts. Her personal healing journey began at an early age in an attempt to regain her own health and vitality. In 2002, she became a whole-food vegetarian after an uphill battle against hypoglycemia, kidney infections, irregular hormones, and debilitating migraines. In 2003, she discovered yoga for the first time, and she was promptly inspired to begin her path as healing arts practitioner.

In 2005, she attended her first Hatha yoga teacher training and began studying at the Pensacola School of Massage Therapy. During this time, she also began immersing herself into one of her many other passions in life: social justice. While attending massage school, Sumaya lived in the infamous, historic collective house 309 in Pensacola, Florida, and worked across the street at the End of the Line Vegan Cafe.  She also volunteered with books for prisoners, a zine collective, and various other community efforts.

In 2008, Sumaya relocated to Greensboro, North Carolina and began studying and teaching at Triad Yoga Institute. It was there she attended the 200-hour Therapeutic Yoga Teacher Training with her yoga mentor, Terry Brown. Her training was primarily in Purna Yoga, the tradition and teachings of Aadil Palkhivala. Her studies with her teacher were focused on alignment-based yoga, yogic philosophy, lifestyle, and nutrition. During this time, she also began her immersion into the studies of Thai Yoga Bodywork through The Vedic Institute.

While living in Greensboro, Sumaya continued her passion for social justice as an organizer at The HIVE, a volunteer-run infoshop and community center. She not only served on the board of the organization, but also volunteered regularly with Food Not Bombs, a bicycle collective, afterschool programs for neighborhood children, community gardens, and more.

In 2011, several of Sumaya’s spiritual mentors encouraged her to move to Asheville to further pursue her career in the healing arts. Within several months of living in Asheville, Sumaya met Ayurvedic Doctor Vishnu Dass of Blue Lotus Ayurveda. She promptly began studying ayurveda &  practicing in Vishnu’s clinic as an ayurvedic bodywork therapist and panchakarma technician.

During her studies with Vishnu, Sumaya continued to offer her work in the community as a healing arts practitioner. She regularly offered yoga classes at Asheville Community Yoga, and offered both yoga and massage therapy at Prama Institute, an Ananda Marga retreat center near Asheville. In addition, she began receiving and studying energy healing with Daisy Marquis, founder of the Shanti School and Black Mountain School of Natural Healing. It was also during this time that Sumaya began her career in spa management as the Operations Manager for Shoji Spa & Lodge.

While living in Asheville, Sumaya also volunteered as an organizer for The Really Really Free Market, among other community projects. She worked as an administrator and community organizer for Blue Ridge Biofuels, a local biodiesel company. She was the founder/owner of Wishful Jasmine Farm, a sustainable, community living space in Leicester, where she provided affordable living spaces in exchange for work trade on the land. Sumaya also volunteered with several local nonprofits to offer free and accessible healing arts services, in collaboration with The Yoga Service Movement, Bounty and Soul, and The Women’s Wellbeing and Development Foundation.

In 2015, Sumaya enrolled in her ayurveda teacher's formal, intensive ayurveda program at Asheville School of Massage & Yoga to become a NAMA-certified Ayurvedic Health Counselor. While attending the course, Sumaya was offered a position as Lead Therapist & Panchakarma Technician at Shankara Ayurveda Spa at the Art of Living Ashram in Boone, NC, rated the #1 Ayurvedic Spa in the US by Organic Spa Magazine. At the ashram, she continued her studies in ayurveda under the guidance of Medha Garud, Dr. Sejal Shah, and Dr. Lokesh Kumar, personal Ayurvedic physician to Sri Sri Ravi Shankar.

In early 2017, Sumaya traveled to southeast Asia to grieve the loss of her mother, to continue her studies of Thai healing arts at The TMC School of Chiang Mai, Thailand, and to backpack throughout Thailand and Nepal. Upon returning from her studies abroad, Sumaya relocated back to Asheville to manifest her vision of Yoga Shamana.

Sumaya returned to Asia in early 2018 to study with Traditional Thai Doctor Homprang at Baan Hom Samunphrai in Chiang Mai, to immerse herself in the study of Zen meditation at Thai Plum Village, to volunteer at a refugee center on the Thai/Burmese border, and to begin writing her first book. Upon returning from this journey, Sumaya began an intensive mentorship in Anji Energy Healing  with her teacher, Daisy Marquis. During this mentorship, Sumaya was able to merge her years of experience in yoga and ayurveda into the energy healing system based on Laya Yoga, the source of Yoga and Tantric Philosophy.

Since 2017, Sumaya has devoted her efforts to growing as a professional development coach and holistic business & marketing consultant. In addition to offering consultations, workshops, and retreats through Yoga Shamana, she traveled across the US training spa and retreat professionals in 5-star service standards as  a Corporate Trainer with ISM.

In 2019, Sumaya returned to school to study Marketing Management at Western Governor's University. During this time, she has also enrolled in several professional development programs for marketing professionals. She has studied and trained extensively with Esther Inman of VAI, Rebecca Rennich and John Randak of Peaceful Media, and Sarah Benoit of JB Media Institute.

Sumaya is now working as the Founder of Present Moment Media, a digital marketing agency focused on uplifting the voices of healers, activists, and visionaries.
​
Despite Sumaya's wandering heart, she is currently living in quarantine in the Blue Ridge Mountains of North Carolina. In her free time, she spends time with her teenage daughter AJ, relishes in Ayurvedic cooking, hikes up the Blue Ridge Parkway, and dreams of writing her next book on a tropical island.